A mission for foreign language teaching in Finland 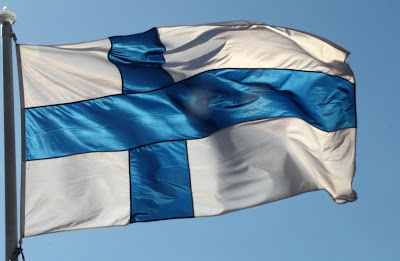 Towards the end of last year, the Finnish country brand delegation published their report. Amongst missions and challenges set for different sectors of society, they also addressed schools and teachers. Most of all, of course, I was interested to find out what they said about communication and foreign language skills.

‘We have the best school system in the world!’ baldly boasts the report. Why is it then that the ‘products’ from these top schools in the world, after finishing their compulsory education, then struggle to keep up with the rest of the world? What happens to the smart 15-year-old Finnish students in the years between finishing comprehensive school and entering working life? The country brand report tackles these same questions:

Finland has achieved excellent pedagogical results for its comprehensive schools. The reason for this is especially down to skilled teachers. The challenge is that enormous potential is wasted because upper secondary schools and higher education institutions are not able to train enough of the world’s best students supplied to them as world-class scientists and experts.

To my mind, the PISA results only measure a very limited scope of students’ capabilities. I think one area where Finnish students, still, fall short of many of their peers around the world, is in their communication skills, both in their mother tongue, but also, most importantly in foreign languages. In English, for example, many of our high school graduates master the structure of the language and possess an impressively wide vocabulary, but unfortunately fail to use all this in active communication.

Our comprehensive schools are praised for the lack of standardized testing. Maybe one of the problems in the senior high school (or upper secondary school) level is that they prepare students for the national final exam, which in languages has hardly changed since the late 1970s. The exam is mainly multiple choice, spotting the right answer amongst given alternatives, ie, testing only that passive understanding. Indeed, spoken skills have never been tested in the final exams. If they were, obviously more time would be spent developing them at school. I am not sure what the situation is like in Finnish higher education institutions, but I know for sure that when graduates enter working life, their employers expect them to be confident in, at least English, possibly in other languages, too. But many of them are not. This essential fact was duly noted by the country brand delegation, too.

The delegation has also vowed to make Finland's strengths even stronger. For instance, Finland has a topnotch educational system. But Finnish students are not required to participate in classes like speech and debate. Encouraging students to hone their oratory skills could prevent public speaking shortcomings in the classroom from entering the boardroom.

The scenario described Mr Jaakko Lehtonen, director general of the Finnish Tourist board, and a member of the country brand delegation, in YLE news (Finnish National Broadcasting company) in September 2009 is very accurate, in my experience:

Lehtonen says Finland suffers from a dearth of confidence when communicating its strengths to the rest of the world. “We don't have the guts to go out there and bravely boast how good we are. We stand in the corner with our hands in our pockets and hope that somebody will pay attention to us, which is a pity,” he says.

It is widely believed in Finland that it is only the older generations who struggle to communicate in foreign languages, because in their time, language teaching was based on translation, not communicative skills. Yes, it’s true that some of the language teaching has changed, but I would argue that after comprehensive school, the focus is still on passive understanding. I have witnessed this ‘hands in your pockets, hoping that somebody will pay attention to them’ syndrome too many times when taking my students abroad on student exchanges. Sadly, our bright youngsters are best at understanding everything that is said to them in a foreign language, and answering simple yes-no questions. Thereby, most of them soon appear to be unable to convey their personalities in any way, in a foreign language. They rarely initiate interaction, nor do they keep the conversation going. But if their conversation partner perseveres and keeps asking them simple questions, they will politely answer. If they get more confident, some will no go on the opposite direction, and suffer from a monologue syndrome, and get very disturbed if, as is often the custom in other language cultures, anybody interrupts them with a comment or question. In effect the Finnish communication culture, simply transferred into other languages, doesn’t easily work.

How to improve this situation, then? I’m afraid I share the skepticism of the country brand delegation (from the above-mentioned YLE news article):

But changing deep-seated cultural norms could be challenging. Even if the plan works, it could take generations for Finns to become natural marketers. The delegation itself says 20 years could go by before the results of the project are known. "It is not impossible but it is a hard and demanding task. And maybe Finns don't want to change," says Jukka Hienonen, a member of the delegation and outgoing CEO of national carrier Finnair. Asking Finns to transform a central part of their identity could be calling for too much. Despite their humility, Finns are a rather proud lot.

Interestingly, I read an article about Hannu Rajaniemi in our local newspaper yesterday (Turun Sanomat, Jan 8, 2011, p. 28). After living 10 years in Britain, this Finnish mathematician and author says that his British personality is much more outgoing than his Finnish self. I think this is the crux of the problem.

We need to be more outgoing when speaking English. It’s a pity that Finns, who want to improve their international presence, either cannot or refuse to acknowledge this simple observation. But at least we should appreciate that people in influential positions have finally recognized this, and brought attention to it. We need to make our students aware of how our Finnish communication patterns may be perceived by outsiders. If you are aware, at least you have an idea what might need changing. We also need non-native teachers to challenge Finnish students to improve their communicative skills. With a classroom of all Finns speaking English, the Finnish patterns just get reinforced. Online collaboration, videoconferencing for example, might be one solution here. Secondly, employers need to understand that, with a high school diploma, and possibly a university degree, their employees’ spoken language skills are likely to be lacking. They need continuous language training, preferably with native speakers, to keep up and improve.
Posted by sinikka at 13:36
Labels: communication, language_teaching

An extremely interesting and revealing observation not so much about Finnish language as Finnish temperament. It's a shame to change temperament. I know what you mean, but it's refreshing to see some reserve instead of exaggerated self confidence. Just saying.

I know what you mean exactly, Tania. I have this ongoing argument with my British husband who insists that we Finns need to be different when we speak English. I am in two minds about this. Why couldn't we be who are despite the language we use in communication? But the truth is that in the competitive business world at least, for Finns to market they need to change their temperament, to some extent as least. Thank you for taking an interest, Tania :)

I am trying to teach for a year in Finland. I am a Canadian PE, English, Media teacher at the secondary level. I don't care if it's through a teacher exchange or an actual contract (I have permission to take a one year leave of absence) but I don't know where to start. Is it even possible to find a teaching job in Finland as a foreigner? Canada does not have any direct exchange programs to Finland. Any help would be greatly appreciated!!
derek.henson@pallisersd.ab.ca

I am an ELT student in Turkey. We're supposed to be write an essay in which we compare Turkey's and another country's foreign language education system for our young learners class. I want to choose Finland because I know it is very good at in education. But I couldn't find enough information about the Finland's education policy. Do you know anything about this? Would you like to give information? Thank you..

I have been trying to find a Chinese speaking job in Finland during these past weeks (recently graduated) and it´s been impossible! Also because I can´t speak Finnish yet. What I do find is a couple of nice lonely people who happen to like Chinese enough to want me to teach them on Skype. How come I don´t hear of any institution where you can simply go and get a few classes instead of having to get a major or master degree on it? If anyone knows anything, PLEASE let me know!

This work is licenced under a Creative Commons Licence.

Where are the visitors?